Head’s up guys, this is a heavy one. Full of super shitty news and things I wish weren’t real, but are. I’ve told most of my close friends and family in person already, and if you are a person who’s upset that you had to learn via the internet, I am very and truly sorry. Just know that this is difficult for me to share, and it’s emotionally exhausting to go through the reveal process with so many people. Considering how much shit I’m going through right now, I beg you to let me have this one. 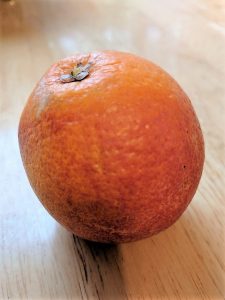 I was so beyond irritated.

The whole ordeal had been one goddamn annoyance after another. It had started with my yearly pap smear, which sohelpmegod, if they didn’t hold my birth control prescription over my head I would never subject myself to. Laying back on the tissue paper-covered table with my feet in those stirrups while a stranger–who’s very nice, but doesn’t think that any of my jokes are funny–jams a couple fingers in my twat and roots around… there’s nothing enjoyable about that.

Then the doctor tells me that she feels “fullness” in there. Whatever that means. And since this is our first examination together (my last gyno moved to Florida,) she isn’t sure if it’s something to worry about or if I just have a fat uterus, so I have to go in for an ultrasound. Yippy. Because who doesn’t love having their belly covered in goo while someone slides a cold plastic wand over their stomach?

But then, to pile a giant glob of annoying on top of my irritation, I find out that a pelvic ultrasound is different than an abdominal ultrasound. Now, I not only get to have my belly covered in goo, I have to do so with a full bladder, so that every time the technician presses the wand into my pelvis I worry that I’m going to pee on the table. And then as if that wasn’t fucking delightful enough, I have to empty my bladder and repeat the process from the inside. That’s right. From the inside. Meaning that I get a camera on the end of a wand up in my business. And even though the technician is making me as comfortable as she can and the experience as pleasant as possible, by the end of the procedure I’m starting to imagine how great it would feel to beat my gyno with the twat-cam for making me go through this just because I have a fat uterus.

So on the day of my followup appointment, I was so beyond irritated. I just knew this was going to be just like the time I had to go in and get the results for my BRCA testing. (The test they give to find out if you’re genetically predisposed to breast cancer. Which I’m not.) Watch, I’m going to sit in the waiting room for 20 minutes, in the examining room for another 15, and it’ll take the doctor 45 seconds to tell me that everything’s fine. What a waste of time. Why couldn’t they just call me and tell me everything’s cool? Blergh.

I was still annoyed when my doctor walked in the room, but that ebbed slightly when she pulled her chair up very close to me. Something in the way she held her shoulders told me that this wasn’t going to be quite as simple as, “Hey, everything’s cool.”

“We found a cyst on your right ovary…”

(Is that all? Like, five of my friends and my cat have had ovarian cysts. Yawn.)

“…and it’s about the size of a grapefruit.”

In that exact moment, the irritation dropped out of my body. I could very nearly feel it puddling in my socks. And the vacuum that irritation left was immediately filled by fear. The next words out of my mouth? “Well, at least I don’t have a fat uterus. After all, a lady has to keep her figure.”

Something I learned that day is that when presented with unexpected and frightening news, my coping mechanism is apparently to make a series of dry, matter-of-fact, mildly inappropriate jokes. I’d never known that about myself.

After assuring me that I did not have a fat uterus, I had an very adorable uterus, the doctor filled me in on the rest of the details. My cyst–which turned out to not be a cyst at all, more of a mass–was 9cm x 8cm x 10cm, which could also be thought of as slightly smaller than a softball. It was so large that it was folding my uterus in on itself, pushing it inside out. Apparently cysts usually get diagnosed because they cause immense cramping and intense pain, so the fact that this thing wasn’t flattening me was confusing to the doctor. And unfortunately, it wasn’t entirely fluid, but had mass and density. It could be endometriosis, which is where the tissue that normally lines the uterus grows as a mass on the outside of the uterus. It could also be “something else,” which she wouldn’t say what was, but reading my ultrasound results later was revealed to be called “uterine neoplasm,” which is fancy doctor-talk for some kind of tumor. Which immediately put the c-word on the table.

No matter what, the end treatment was going to be surgery. If the cyst was comprised of the right materials and positions in the right location, they could do it laparoscopically as an out-patient procedure, and it probably wouldn’t be that big of a deal. It could also be complicated enough that they would have to open me up and remove most of my plumbing. (Or, as I macabrely started describing it, they’d leave me nothing but a hole to pee from.) Either way, there was about a 60% chance I was going to lose my fertility.

Talking things over with the doctor, I held myself together surprisingly well. Probably frighteningly well. But walking out of the office I could only describe the sensation as “feeling all the feels.” But not in the way you say you feel when you watch a video of a kitten cuddling with an otter inside of a mitten. In the way that every shade of shock, confusion, rage, fear, and loss were trying to shove past each other to tackle me, and only a survivalist numbness was keeping them at bay.

I didn’t know how to handle this news or these emotions. Normally when you get bad health news, it’s because you went seeking answers and the answers just happen to be shitty. When I found out that my asthma had gone from episodic to chronic, I’d gone searching for an answer to why I couldn’t fucking breath. Sure, that was bad news, but I knew that something was wrong so I was emotionally prepared to receive bad news. But this… I was blindsided. I’d thought I was in good heath. Great health, even. My asthma had settled down recently, and I was feeling strong. I’d been drinking a lot of water and eating right, and I’d lost almost 15 pounds. I felt great. And then to find out that I’m not great, there’s something very, very wrong with me…I couldn’t prepare for that. For fuck’s sake, I couldn’t even figure out how there was physically enough room in my pelvis to fit a fucking grapefruit! Is there really that much vacant property in there?

Of course, I was scared. I was terrified of what this could mean as far as my overall health, what kind of surgery I would have to go through, how long I would be out of work, and the potential loss of my fertility, even though Kyle and I don’t have a strong desire to have kids. (And also agreed that even if I did become infertile and we decided down the line that we want kids, neither is opposed to the idea of adoption.)

But the thing that terrified me the most was the loss of control. See, for those of you who’ve never been around me for 10 minutes, I’m hardcore a control freak. Some of my biggest emotional distresses have come when I feel like my life is being driven by someone else’s actions. And when I can’t directly control portions of my life, I use control measures in other parts of my life to make me feel as if I were in control. Things like controlling the number of calories I eat, how often and long I exercise, the things that I wear, how clean I keep the house, even this little corner of the internet that I call this blog, all help me feel as if I’m maintaining control of my world. So to find out that this…this thing grew inside me without my permission or knowledge, that was pretty devastating. All of a sudden my careful eating and disciplined moderation of alcohol and sweets felt ridiculous; who cares if I make myself have a salad instead of buffalo chicken pizza, either way a mass the size of a fucking grapefruit was going to grow in my body. The loss of control over the one thing that I always had complete control over–my own body–was devastating.

As soon as the doctor gave me this news, she immediately started moving things forward to get it out of me. In my immediate future was blood work, an MRI, and some variety of surgery. Hopefully the simple, in-office kind, but that was still uncertain. In the meantime, there was fear.

Author’s Note: This blog post is going to be a two-parter. Normally when I write a post like this, I will wait a week or so to post the next part, because this blog can only produce so much content. (I do have a day-job, you know.) But because this post is pretty heavy and affects my for-real life, that feels like a pretty shitty thing to do, making my friends and followers wait a week to find out whether I’m full of cancer or not. (Spoiler: almost certainly not.) So the conclusion to this post will be up tomorrow.

Previous post: My Descent Into Uncool or How I Dorked Up Snap Spectacles