History of a Monster 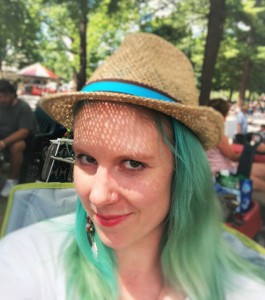 Stephanie Dietrich, and spent the majority of the early part of it living in Jackson, Michigan.

After 18 long years of dancing, performing, and generally doing too much, she moved to the ghetto Decatur, IL, where she majored in Theatre/Dance at Millikin University.  It was here that she spent her time reading things not on the syllabus, taking classes not necessary for her major, participating in productions she wasn’t asked to be a part of, and getting just drunk enough to meet her future husband.

One graduation, and a wedding later, Stephanie and Kyle now work as professionals in Technical Theatre and Design.  They now travel the country, bouncing from gig to gig, and moving to whatever city has work.  Their most current location is Saratoga Springs, where Stephanie works as Lighting Director and Kyle works as Production Coordinator.  When they’re not holed up in a dark theatre, they like to spend their time together cooking, hiking, skiing, and enjoying copious amounts of beer.   They also share their apartment with two kittens, Allyse* and Mila.**

*She will pretend that you don’t exist.

**She will possibly rape you in her attempts to get your attention and affection.

If  you want to contact the little monster…  Try this:

Other acceptable means of contact are carrier pigeon, those little cards with the 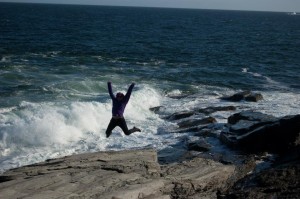 money tucked inside, and message in a bottle.  (But not the Nicolas Sparks book Message in a Bottle. That book is terrible.)